In this episode Ruth and Tim get to talking about what they want to get out of this podcast, where we want to take it, and preaching the good word of creative code, and generative art.

Tim: Hey everybody, welcome to the generative art podcast. I am Tim and… 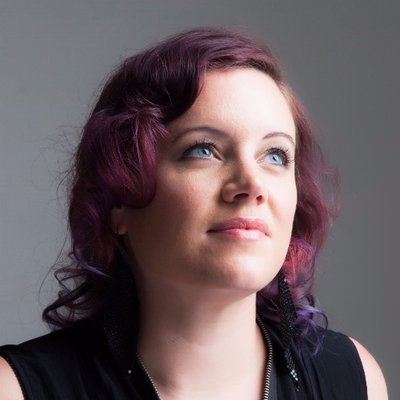 Tim: All right and together we make the fantastic team of Tim and Ruth. This is if you’re listening, the new flashy podcasts where we’re going to talk about generative art, creative code, kind of everything in that realm of coding and creativity. Get a little nerdy here and there.

Tim: Yeah, I think that’s it. I think you can’t, you can’t have a podcast without random, you can’t have generative art without random you can’t exactly math out random. That’s it. Yeah, I’m super excited. I’m super excited. We’ve got so many good guests coming up as well. We have, I don’t know, there’s just so much to say, I think, and there’s so much kind of to explore in the generative and creative coding space that isn’t in blog form. Yeah. And I think, you know a podcast is such a good format for that because you can kind of consume it on the go. But what’s more, I think so much is kind of goes missing in blog posts about creative code or when you’re, you know, looking at code you don’t really get the full story of like who, what, why how somebody came up with their ideas, how they created what they wanted to create, what they started to do and how they ended up where they ended up.

Ruth: Yeah, absolutely. Yeah. Because I think a question, I get asked a lot is, how do you start doing this? How did you start doing this? What is this? Was the other question. And I think this is really the answer to all of that. Because you can teach people how to do it. You can teach people to code how to do it, but you can’t go into that backstory. Tim: Yeah, that’s it. I mean, so many, so often you see something and it’s a finished product and you kind of, you almost assume that they had that idea and then they made it, you know? But I guess the reality is that it was kind of a journey. It’s always a journey along the way. That’s kind of what we want to explore.

Ruth: Yes. Okay. You wanted to talk about each of us. So

Tim: Each of us, yeah. We are so interesting. I am Tim Holman. I’m an Australian developer, creative coder, something along those lines. I’m not much one for titles. I have been in the states for eight years now, so my fantastic Australian accent has weirdly changed into it. Brutally stock American accent. I think I just need to be understood. But yeah, I’ve been, I’ve been kind of in the creative coding world for, I don’t know, maybe almost 10 years now. I got a degree as a video game engineer actually as every teenage boy, I think that does any development somehow thinks that video games out there greatest industry in the world. But I think the stock reality was video games are a brutally difficult industry to kind of work in and it’s kind of very unrewarding. So I tended to kind of explore coding a lot on my own with the html canvas and CSS and I kind of got amid by the world of web not just because of what it looks like, but I think just because of how kind of quick and easy you could get something to exist into the world. And so that’s, I don’t know, that is like the vain of creativity for me, I think is creating something that didn’t exist previously and bring it to life and having it, having it out there just like this podcast really. That’s how I would encompass myself in three words.

Tim: Exactly and yourself.

Ruth: Hi, I’m Ruth John. I describe myself as a creative coder. But I’ve been thinking about that quite a lot recently because I didn’t like titles either. I think titles label you and put you in a box, which is not something I’ve ever been able to do. I’m from, not a competing background very much, but I did get into web development very, very soon after my degree and from that I very quickly got into the creative world that was using code for creativity basically. And realizing that was just as much of a tool to create things as any other tool that you have in the realms of art whether it be paints or give me some others.

Ruth: Yeah, sculpture, textiles and that was it for me. It’s like this is it. It’s code. That’s what I’ve been looking for. So, yeah, most of me I do work as a web developer sort of, but very much in the realm of pushing the realms of, pushing the bounds of creativity within that space. Because it’s so easy to get up and running and to be able to build something and to have to make yes, please listen to our podcast because it’s going to be amazing. And you know that all about, how to do it, different ways of doing it. We’re going to delve into creative coding and people who do it, things that you can do with, which is very interesting and different areas as well.

Tim: That’s it. We kind of want to expand into all the spaces of creative development. So, you know, getting physical outcomes of what you have made, audio.

Ruth: Definitely into the audio.

Tim: Big presentations, yeah. Everything like that. And now that you are already listening, you should just immediately go onto the next episode because it’s totally available and ready to go. Yes. So you can find us online on www.generativeartistry.com where you’ll have all the transcriptions and links to things that we share. That’s the crux of it, I think.

Ruth: Yes. We have a twitter accounts, so please follow on twitter. If you can like us on your social media, or whatever you’re listening to us on now, that apparently makes a big difference. So that’d be great. Thank you.